What is the Best First Handgun To Buy? Not a Small One 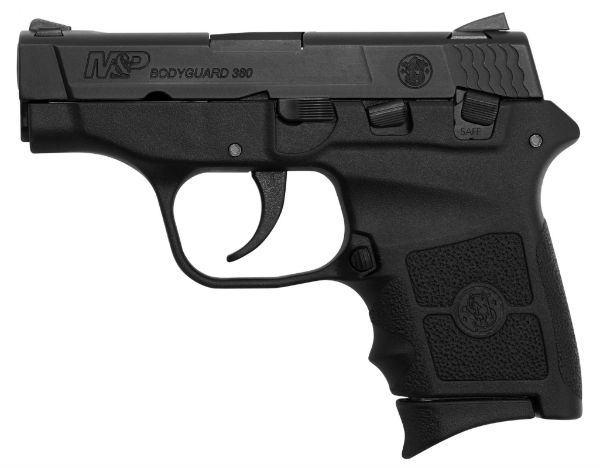 What is the best pistol for you to buy for your very first pistol? Like the answer to all sorts of questions in the world, it depends. But the best first handgun is definitely not a small one.

If you think that last sentence was stupid, hold off on your judgement and hear me out.

Why not a small pistol? Plain and simple, they are harder to shoot than larger pistols. Several times I have been at the range with a permit class and one of the students has a tiny gun. Most recently a student came with a Smith & Wesson Bodyguard, a good but very small .380 caliber pocket pistol. The student had only fired the gun on one other occasion, and that was the first time they had ever fired a handgun. When it came time to qualify, which I require 38 out of 50 hits on a target ranging from 3 to 15 yards, this new shooter scored the minimum.

Often is the case that we need to match things to our size. I'm a moderately large man standing six feet tall and weighing north of 260 pounds. I wear XXL shirts, pants that have either a 38 or 40 inch waist, and my shoes are a size 13. So obviously that would mean a large, full size handgun would be great for me. Using that same logic on a petite woman, who let's say stands 5'2" and weighs 120 pounds, wearing a size 2 or small in typically form fitting clothing, would be best served shooting a pistol that fit nicely in her diminuitive hands. That logic would be wrong and in fact in most instances the best pistol for her would be of approximately the same size as the one for me.

Forget about the sex of the pistol buyer. It matters not. In fact I don't even consider it a factor for the purchase so I won't expound on it further.

What about hand size? When the subject of buying a gun for a wife or girlfriend comes up in online discussion groups and message boards, inevitably the issue of hand size is raised. I also don't consider this to be a factor unless the shooter's index finger cannot effectively reach the trigger with a proper grip. In all of the women's classes I have taught there has yet to be a single woman who could not run the trigger of any of my pistols. They can't all reach all of the controls without breaking their grip, but then neither can I! I shoot left handed. Until recently with their Gen 5 pistol, Glock discriminated against the southpaw by not including an ambidextrous slide catch on their guns. They also did not make a magazine release that could at least be swapped from right to left until the Gen 4 models came out in 2010. Another example is my CZ P-07. It only has a slide catch for the righties, but even if I shot right handed, I still couldn't reach it with my thumb because, like all CZ's and their clones, it sits too far forward to reach with my thumb.

On the other end of the hand size spectrum, people with massive hands can often have even more trouble running pistols, even full size guns. I had a student about a year ago who was really big. He was about 6'5" or 6'6" and made me feel small. On top of his general heft was he had the biggest hands I have ever seen up close on a human male. He had trouble getting his finger into the trigger guard of his full size Smith & Wesson M&P 40. In fact if it wasn't for the long beavertail on the M&P, the flesh between his thumb and index finger probably would have gotten hit by the slide.

There are several factors that I think are important for picking a pistol for me, but there are two that are most important. The first of these is the amount of gripping surface area it has. You want to get as much of the surface of your hands on the gun as you can. Part of that is the length of the grip. Small guns won't allow me to put my pinky finger on the grip. Even worse, far less of my support hand is able to make contact with the surface of the gun. Another part of the gripping surface is its texture. Is it rough, tacky, or sticky enough to hang on to during recoil. I have a first generation Smith & Wesson M&P Shield. It's a good gun and I like it. But every time it goes off I have to re-grip it with my support hand. It's just too smooth. All of the 2.0 M&P pistols have the roughest texture of any plastic gun on the market. Again, my CZ has rougher than average texture in all the right places. Conversely, I once shot a student's H&K VP9. It's a great gun. Nice weight, able to grip it well, but it lacks a rough texture and on a hot summer day with mildly sweaty hands, I had a really hard time holding on.

The other most important factor I look for in a pistol is weight. Not that I want it to be heavy, there are considerations to be aware of there as far as too heavy to carry concealed of course. But if you put two roughly identical guns next to each other they will act differently in recoil simply because it takes more energy to make it move. Maybe put more simply, weight absorbs recoil before you have a chance to feel it. For instance, a CZ P-09 has a plastic frame and weighs 31 ounces. The CZ Shadow 2 has a steel frame and a slightly longer barrel and weighs a pound more. It will feel so much softer to shoot. The tradeoff is it's heavy, almost 3 pounds. If a gun is too heavy to hold up to shoot 10-20 rounds at a time, an all steel frame probably isn't for you. But one that weighs a pound more than the 18 ounce M&P Shield might be the one for you.

Last year I held a women's class that I brought along a borrowed Beretta 92 FS. It's roughly the same pistol that was used by the U.S. Army until last year. It has an all aluminum frame so it weighs a bit more than a Glock 17 or 19, but the the grip is on the thicker side. Most of the women in that class didn't care for it, especially after they shot it. But one of the ladies loved it. So much so that when she came back to take the Enhanced Permit class from me, she brought her brand new Inox finished Beretta 92 FS. For the record, she shot it like a boss.

Small pistols aren't bad, they're just bad to learn how to shoot with. In my experience, all guns are fun to shoot except really little ones. Where is the line on small? I would say guns the size of a Glock 19 or the new Ruger Security 9 (which I have shot and was surprisingly great for a $300 gun) and larger are a safe bet for a first pistol. I won't recommend particular brands or models. Pistols the size of the M&P Shield or Glock 43 are the gray area. They may be too small, they may not be. It depends on how well you are able to hang on and control recoil. I would rule out pocket guns like the M&P Bodyguard or Ruger LCP or Glock 42 for first guns. They have their place, but I don't think they are very good first guns. They make great second guns.

When you go to pick out a pistol it is really best if you have a chance to shoot it first. Gun stores that don't have a range don't have this option. Those that do still won't let you take a new gun back to the range but they likely have some range guns in the most popular models for you to try out. Definitely try to shoot the gun you are wanting to buy. That is the ultimate test. And it's one of the most important part of my Intro to Handgun class is that you get the chance to try out different models and calibers.

Shooting the gun is different than handling it. There are those who would say if it feels good just in your hand that's a good guide. It could be, that isn't necessarily wrong. But it may not be right. A friend of mine posted on Facebook that they went shooting and wanted get their own gun. They shot a few different models. Out of curiosity I asked which one they thought they were going to get. It was a smaller model on the cheaper side. I asked what they liked about it and they said cost and "I like how it felt in my hand." I followed up by asking which one felt the best when it went off. The answer to that question was a completely different pistol.