It's a Trigger, Not a Video Game Button 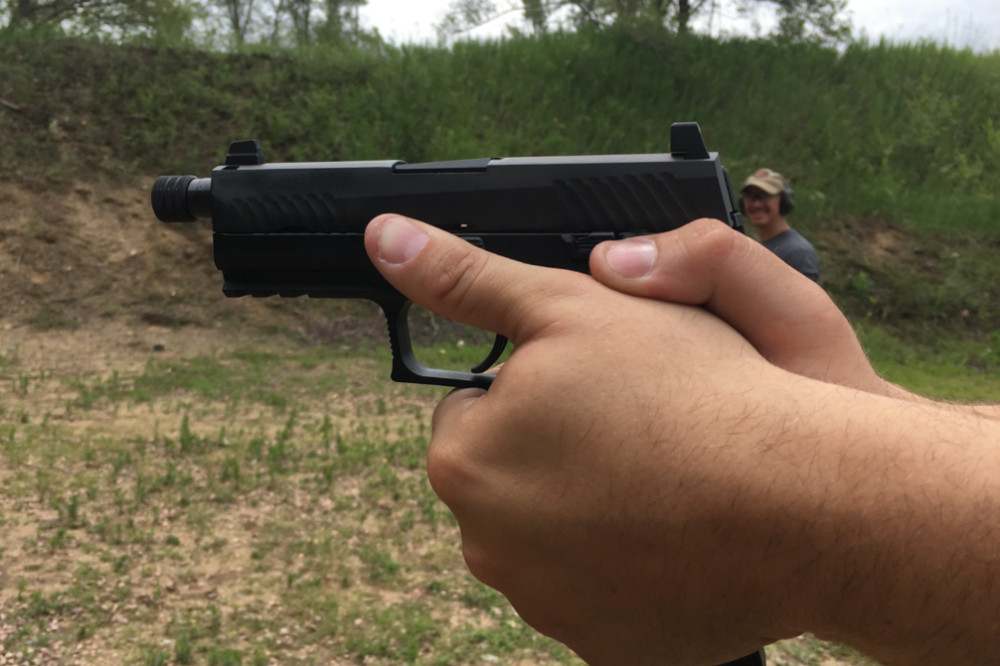 When you shoot a pistol, do the holes land all over the paper as random as bird droppings? You might be treating the trigger like a video game button.

The trigger on a pistol is not anything like an electronic button you can mash on to make something happen. It's part of a mechanical device that has a feel to it. A lot of adjectives are used to describe the feel of a trigger, both negative and positive. Clean, gritty, crisp, squishy, light, heavy, and many more words have been used to describe how it feels to press a given trigger. Part of what you need to learn is how the trigger feels as it is about to break.

One thing that all triggers have in common is that at some point in the press you will hit a "wall" of resistance. It may be immediate in the case of a cocked revolver, or it may move a fair distance freely before hitting the wall like a Glock. In a double action trigger, when you are both cocking and releasing the hammer with the pull of the trigger, the press is long and heavy all the way through.

I have had many students who did everything right but were all over or even off the paper when shooting, even at close range. In every case I discovered they were yanking the trigger all the way back until the hammer or firing pin fell. Yanking or pulling the trigger for its entire length of travel will cause you to throw shots all over the place. You apply too much force on the gun by doing that.

Yanking the trigger is like pulling a waterskier with a bunch of slack in the rope, taking off, and then all of that force hitting the skiier at once when the rope pulls tight.

The right way to press the trigger is to first prep the trigger by taking all of the slack out of it. There may be a lot or very little depending on the gun. Pull up the slack, then press steadily through the firm "wall" of the trigger. Eventually with practice you'll be able to do this quickly without pushing the gun off the target.